During the process, the old siding was removed and it was obvious that the previous contractors attempted to install blown in insulation that was not done correctly. The homeowner had us remove all of the insulation from the outside of the house as the old insulation was missing in areas and also had rotted exterior drywall as sheathing. After all the old insulation was removed we installed all new batt insulation just like it was a new home. All new HardieShingle siding was installed in Iron Gray and Arctic white trim finished off the look with new white seamless aluminum gutters. This home is now one that neighbors stop to take a second look at, instead of just driving by. 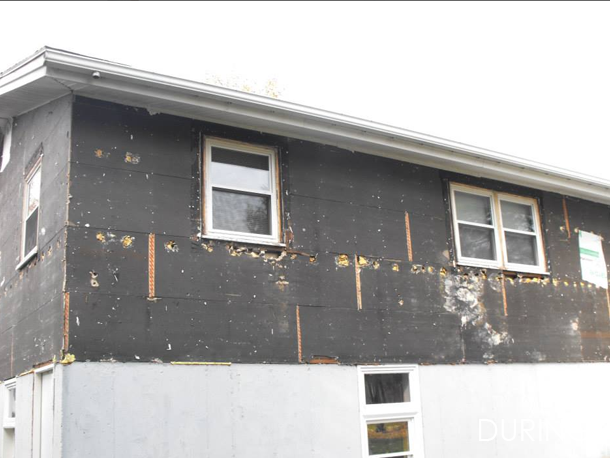 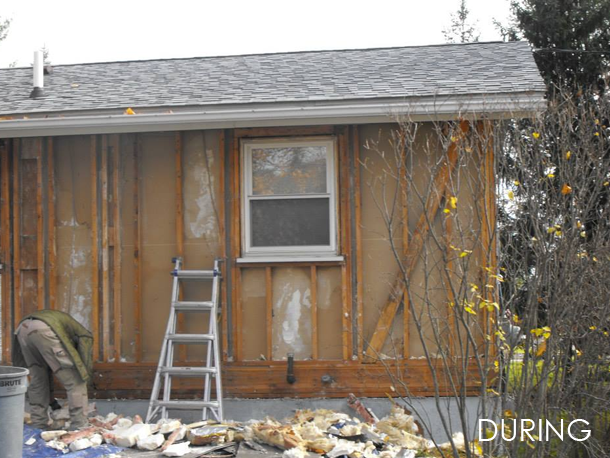 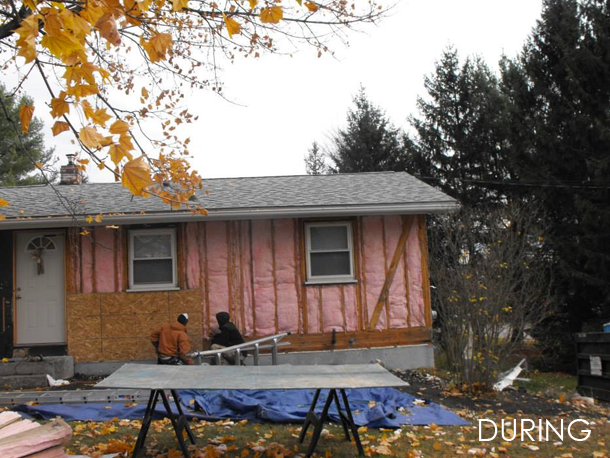 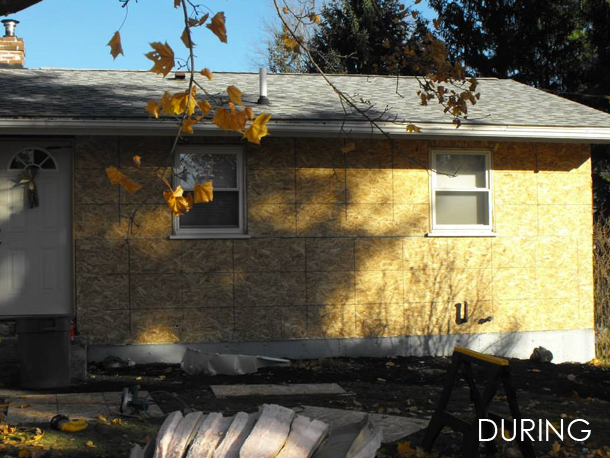 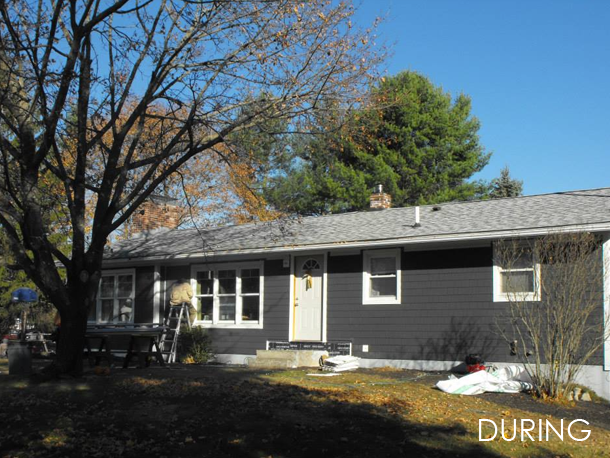 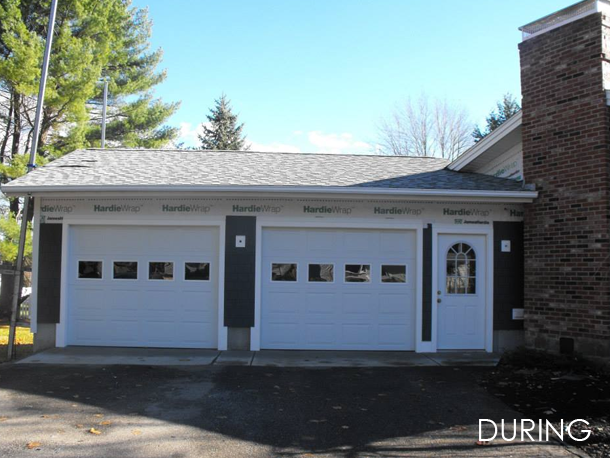 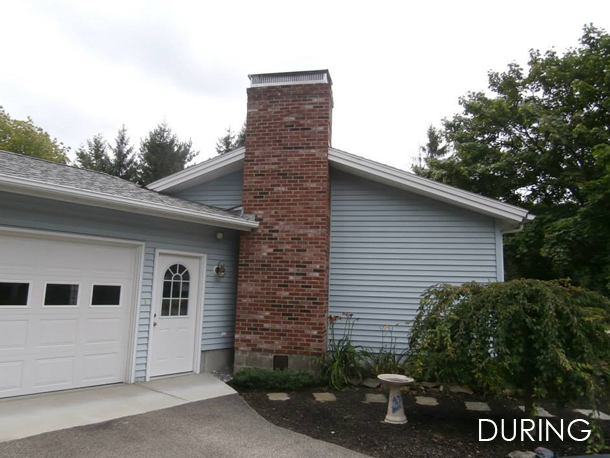 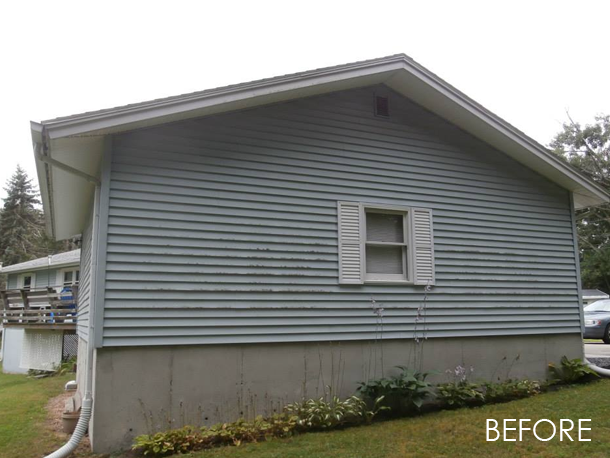 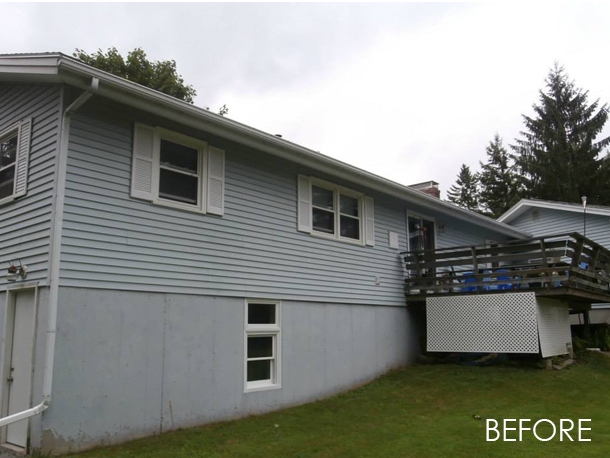 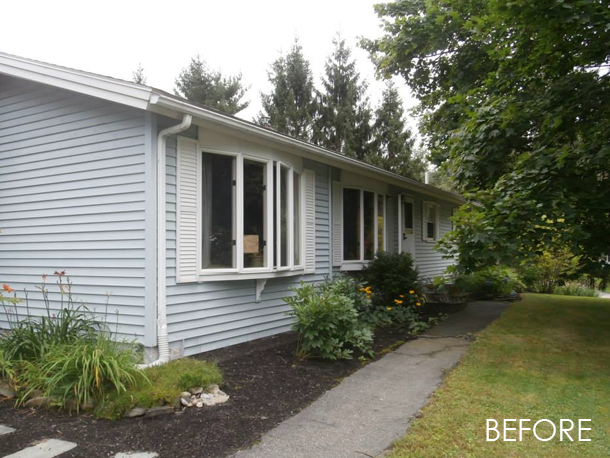 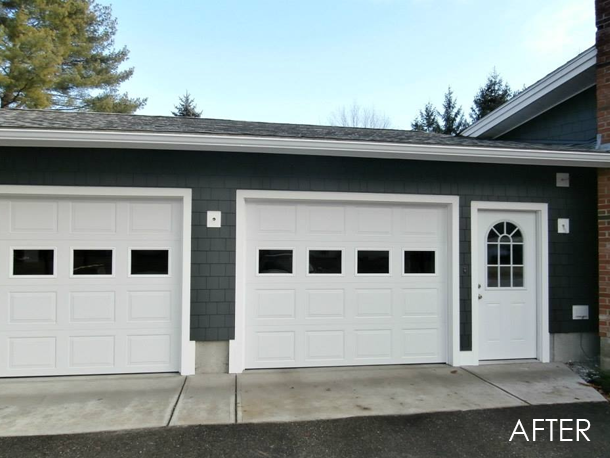 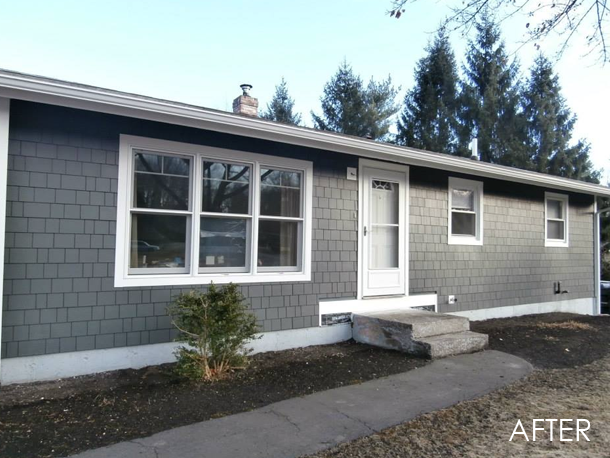 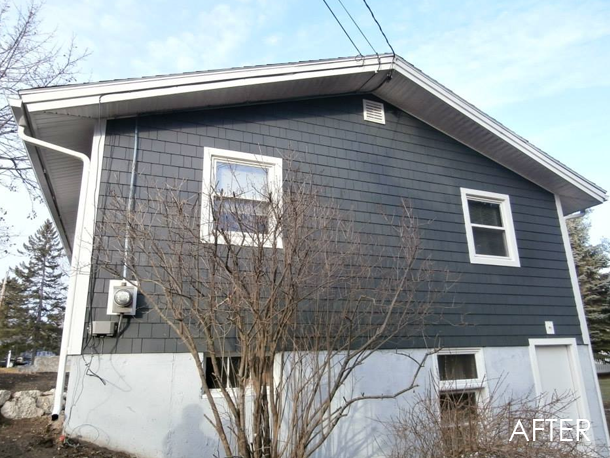